Schedule a Facetime chat with a Resident

Meet Darren Frakes, Our 2nd Manager of the Quarter!

Back to All Updates 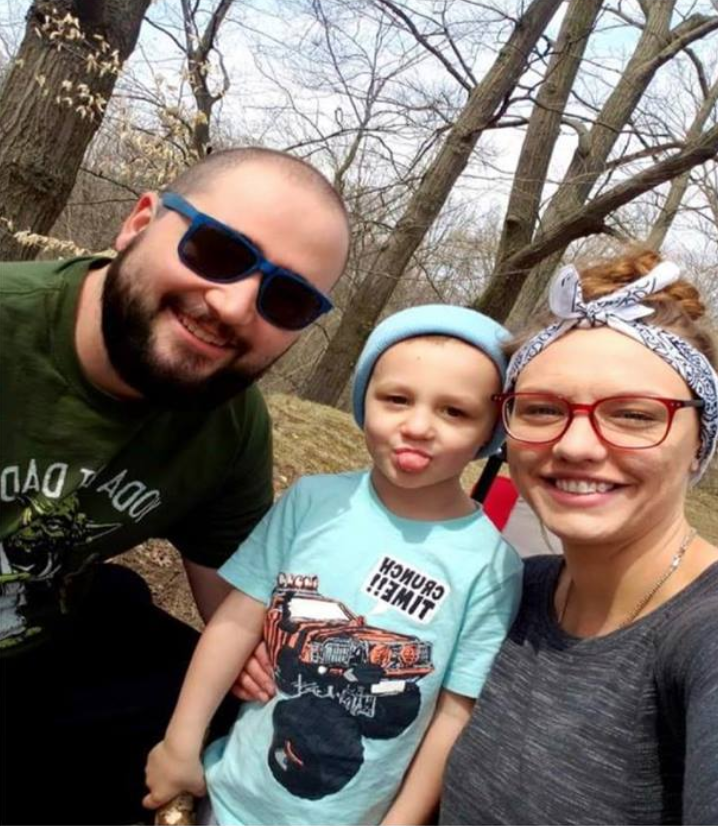 Darren was born in Lansing Michigan in 1989 to a very hardworking Doug and Holly Frakes, he has one brother and one sister (9 and 8 years older than himself respectively). Due to the age difference he had to work hard in his life to be the annoying little brother his brother and sister always wanted.

As he grew up he found interest in many activities, he played football as a lineman his freshmen year of high school, but found my passion in music shortly after. He was a member of Holt High School Chorale Choir and participated in Performances, musicals (Some like it hot, Oklahoma, 42nd street are some of my recorded performances) as well as an opportunity to travel with his choir to Italy for an international singing competition that we took home 2nd in our category.

After graduating from high school he was accepted to Grand Valley State University where he majored in Allied health sciences with a minor in Business administration. His plan was to become a physician assistant. However, in 2011 junior year he injured his back through overuse and experiences and herniated disk that left him with paralysis in both legs. Darren had to go through removal and fusion of his spine to see if there was an opportunity to walk again. Darren spent months in physical therapy at Mary Free Bed Rehabilitation facility in Grand Rapids where he learned to walk again and was able to walk without braces or support 6 months later. During his many months of rehab he saw what it was like to be a patient that needed assistance and the people that helped him graduate from his early life in a wheelchair are the therapists and nurses that led him who he believes he is today. Darren states “Never Give Up, Never Give In.”

Darren’s experience with injury changed his direction in life, after completing his bachelors at Grand Valley, he decided to get his foot in the door at Medilodge of Howell as a CNA, which he obtained from Lansing Community college. Darren states I needed experience or I would never know if it was really for me. Darren had his reservations but the resident care and bed side status of caring for people inspired him to change his career plan to nursing. Darren says “I wanted to help people in the best way he can and still develop relationship with them.”

Darren worked as a CNA for a few years before he went back to Lansing Community College to complete his RN status. Darren states that he is forever grateful to LCC for the training and skills they offered him that he tries and practice to use every day.

During his time working as a CNA he met his wonderful hard working spouse and they have an adorable 3 year old son together and they have never looked back. Darren states’ she is a Physical Therapist Assistant and a fantastic mother to our son Gideon.” Darren and Lindsay have grown together in the health care facility, she is now the Therapy Manager and I have worked my way from CNA to LPN to RN to Unit manager to Staff development coordinator to my Current position as Assistant Director of Nursing. Darren’s goal is to be a resource for the staff and residents, He strives to set an example of the nursing profession with caring about the resident at the top of his list. Darren states “he looks forward to continuing his nursing career and doing his part in improving resident’s lives and most importantly improving the work place for an incredibly hard working nursing staff that I have the pleasure of seeing day to day.”

Schedule a Facetime chat with a Resident
I was assigned to MediLodge of Howell after leaving the hospital. The staff... read more

To all the personnel that went the extra mile for our mother, Helen... read more

My family chose MediLodge of Howell for my grandmother, Loretta Sparks, and I... read more

My mother had come to MediLodge of Howell and went home completely healed.... read more

I checked into MediLodge of Howell after breaking my right wrist in a... read more

I was here last year and it was a great stay! Everyone is... read more

Friendly and caring staff, everyone is so helpful and welcoming! read more

I chose MediLodge of Howell because I heard good reviews and a friend... read more

I chose MediLodge of Howell for myself after I lost my leg to... read more

Anytime you ask a question everyone is so nice and understanding. This staff... read more

I was assigned to MediLodge of Howell after leaving the hospital. The staff made me feel like I may have played a small role in their future by opening up to me. Kelly was particularly hard working, loves being a nurse, and always says hi to everyone!

To all the personnel that went the extra mile for our mother, Helen Brochowski, and gave her the gift of time. Your loving care is much appreciated, and you made such a difference. Thanks for all you do!

My family chose MediLodge of Howell for my grandmother, Loretta Sparks, and I was so happy they did! Jody and Natasha are specific team members that stood out because they are so friendly and caring! I met them at the Pink Party and they stood out to me because of their hard work. My great grandmother was a patient at this facility and the staff are outstanding! They are so catering and accommodating and so nice! The staff at the Pink Party in Howell were super fun and friendly! I would recommend this center to anyone!

My mother had come to MediLodge of Howell and went home completely healed. The staff is phenomenal and compassionate. I wouldn't choose any other place! Natasha and Joey were exceptional in helping me get him [my brother Timothy] set up, I was so overwhelmed and they were kind and helpful. The staff is the best, and no other facility will ever compare to the level of care that my family has received here!

I checked into MediLodge of Howell after breaking my right wrist in a car accident. While at the facility I learned to eat, dress, and write my signature with my left hand. I'm excited to get home to my pets, but my compliments to the staff who have taken very good care of me and given me much attention. This facility has a humanitarian approach to senior citizens, which I deeply appreciate.

I was here last year and it was a great stay! Everyone is great here, especially Shelena. Therapy has done wonders for me and admissions is always visiting. Great team and staff---I wouldn't stay anywhere else!

Friendly and caring staff, everyone is so helpful and welcoming!

I chose MediLodge of Howell for myself after I lost my leg to a bone disease. I have always heard it's a great place. The therapy, nursing, and admissions departments were all very helpful! Lisa, a nurse, was nice and understanding. Cathy, a nurse as well, was understanding and always there to talk to. I have had a nice and wonderful stay. I have had my problems and every concern and complaint has been corrected. The staff is always on their toes and two steps ahead.

I chose MediLodge of Howell because of its amenities and pleasant staff. Natasha and Jody made the transition as smooth as possible for my loved one Sylvie Rice. I love the south nurses and aides - Cindy, Tiffany, Sarah, Julie, Kelly, Stephanie, and the rest of the team. Anytime you ask a question everyone is so nice and understanding. This staff goes the extra mile!
Skip to content