Schedule a Facetime chat with a Resident

Back to All Updates 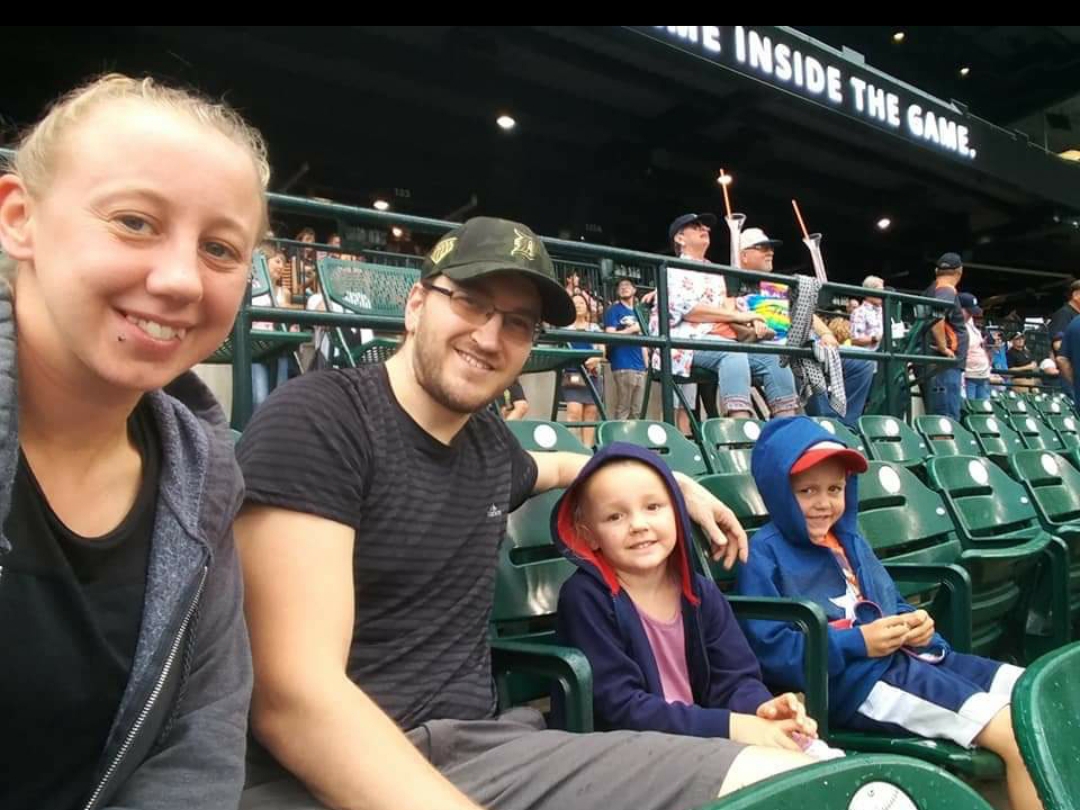 Sarah has worked at MediLodge of Howell for over 11 years. She works on our Memory Care/Dementia Unit and is definitely great at it! All who work with Sarah will tell you that she is a joy to have around and a true team player! In Sarah’s free time you can find her at home with her family. Sarah is a great significant other to Nate and a wonderful Mom to their 2 children Everett and Ayveri. We love having Sarah as part of our close kit team and family! Thank you for all you do, Sarah!

Schedule a Facetime chat with a Resident
This is the first bone I’ve broken in 7 years. I don’t remember... read more

I was assigned to MediLodge of Howell after leaving the hospital. The staff... read more

My dad would recommend this rehabilitation center to anyone he knows. Great job... read more

I checked into MediLodge of Howell after breaking my right wrist in a... read more

Hello, my name is Catherine. I’ve had the pleasure of being cared for... read more

PT/OT/ST was awesome in getting her to participate in therapy; from admission to... read more

Coming to MediLodge was well worth it! I feel stronger and my attitude... read more

My mother had come to MediLodge of Howell and went home completely healed.... read more

I chose MediLodge of Howell because I knew it was a safe and... read more

I was living in a senior living in Anderson, Indiana, in late 2015.... read more

This is the first bone I've broken in 7 years. I don't remember falling, but I was told I tripped over the dog's bed, and I must have hit my head. When I got to the hospital, I didn't even know my name. It took about 3-4 days for me to start to remember things. I came to MediLodge from the hospital because they didn't want me to go straight home. I have several clients and family members who have stayed at MediLodge and recommended I come here for the excellent care. Since I've been at MediLodge, I've been working at getting stronger, so it will be easier to take care of myself when I get home. Everybody at MediLodge was friendly and kind. I would recommend MediLodge!

I was assigned to MediLodge of Howell after leaving the hospital. The staff made me feel like I may have played a small role in their future by opening up to me. Kelly was particularly hard working, loves being a nurse, and always says hi to everyone!

I checked into MediLodge of Howell after breaking my right wrist in a car accident. While at the facility I learned to eat, dress, and write my signature with my left hand. I'm excited to get home to my pets, but my compliments to the staff who have taken very good care of me and given me much attention. This facility has a humanitarian approach to senior citizens, which I deeply appreciate.
Hello, my name is Catherine. I've had the pleasure of being cared for by the Howell Medilodge staff and physical therapy specialists. My journey began last year when I was admitted twice to the Howell medilodge. The first time was January 2019. I was in a bad accident involving multiple injuries. My foot was severely broken. With a lot of hard work and an excellent staff, I was able to go home in June 2019. Unfortunately, a severe and aggressive infection caused my foot to be amputated in December 2019. I knew that the Howell Medilodge could and would provide a skillful environment for physical therapy and healing. Getting ready for a prosthetic leg and foot has been challenging, and the daily physical therapy as been very difficult. All made possible by the kind supportive staff here at the Howell MedilodgeI would definitely recommend the Howell Medilodge to friends and family. I'm finally going home with confidence in my new prosthetic leg. Thank you, Team Howell, for all you have done and continue to do!

PT/OT/ST was awesome in getting her to participate in therapy; from admission to discharge, all staff facilitated a smooth transition, home care and equipment were ready and discharge done quickly. My mother improved and always praised the staff. Everyone smiled!

Coming to MediLodge was well worth it! I feel stronger and my attitude changed too. I am more willing to do things. When the home nurse was coming, she only came two times a week for 40 minutes. I felt like we weren't doing anything and I wasn't getting any better. When I first came here I could only take a few steps, now I can walk all the way down to the therapy gym! 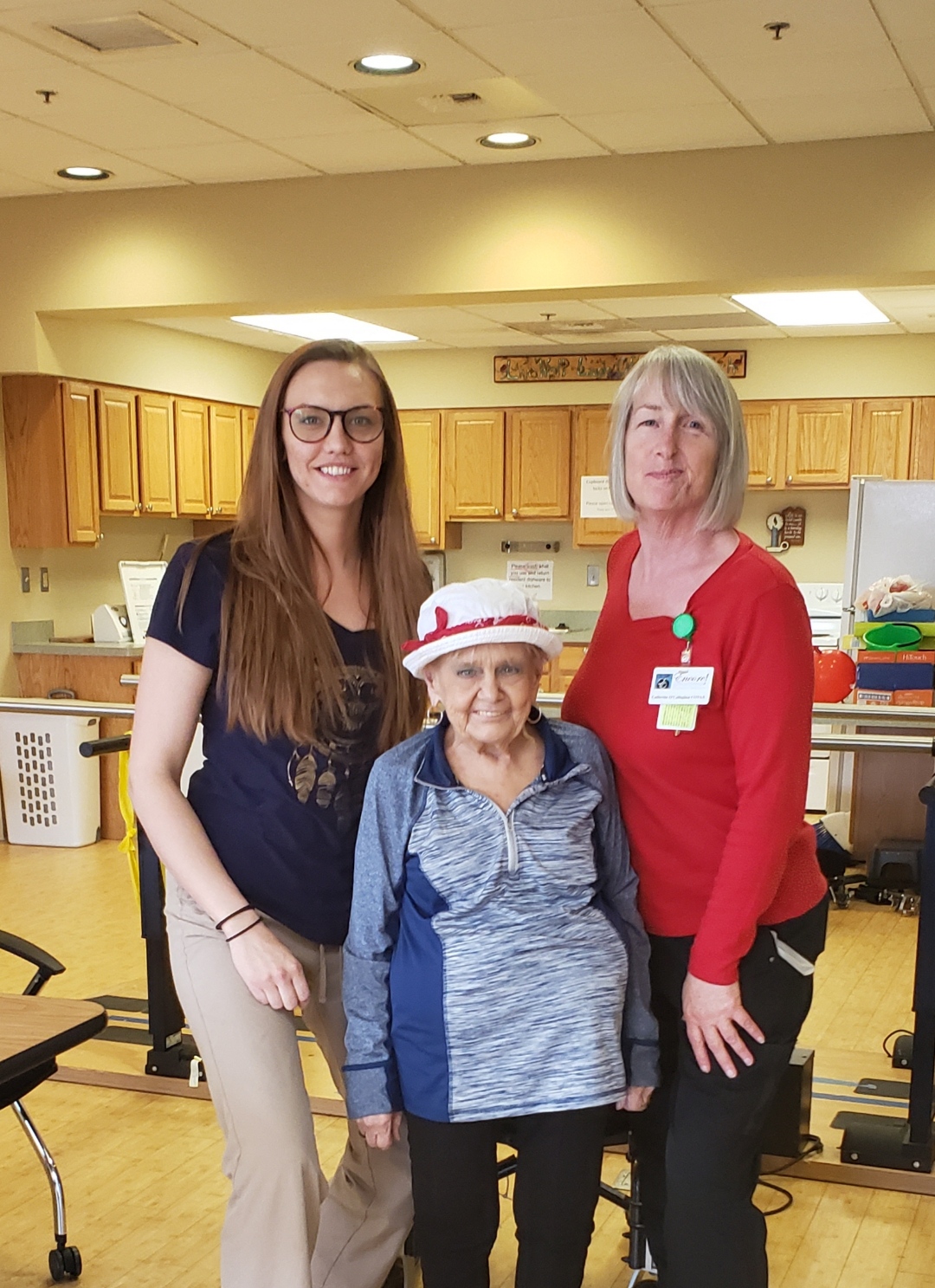 My mother had come to MediLodge of Howell and went home completely healed. The staff is phenomenal and compassionate. I wouldn't choose any other place! Natasha and Joey were exceptional in helping me get him [my brother Timothy] set up, I was so overwhelmed and they were kind and helpful. The staff is the best, and no other facility will ever compare to the level of care that my family has received here!

I chose MediLodge of Howell because I knew it was a safe and clean facility, and it also had great Google reviews! Everyone at MediLodge was very welcoming and friendly. The therapy department stood out to me, especially. I feel so much stronger and comfortable returning home.

I was living in a senior living in Anderson, Indiana, in late 2015. I had been sick later half of 2015. I also had two heart attacks in 2015. Starting in January 2016, I had several bouts of pneumonia. In February, I had to go to Saint Johns ER because of trouble breathing. The doctors at Saint johns determined I needed a tracheostomy because my oxygen levels were low. After the surgery, my heart stopped, and they had to do CPR. I was put on a ventilator to help me breathe. I was in the hospitals from February to June. My daughter Tracy had me transferred to Howell, Michigan, at MediLodge for Physical Therapy. I met two therapists Linsey and Austin. I could only walk halfway, but by the end, I was walking both ways several times. I would do some weight lifting. I would ride there bicycle exercise machine. I walked with a walker, and Linsey and Austin would set goals how far to walk. I finally could walk on my own with a brace and cane. I can walk without the brace. I can walk short distances but long distances I have to use it. I went from assisted living to a senior community. I shop for myself and cook. I try to walk a mile and a half every day. I can do many things I couldn't when I was sick. Linsey and Austin had a lot of confidence I would walk but on my own from Medilodge. I feel that if it weren't for those two I would not have done so well.
Skip to content